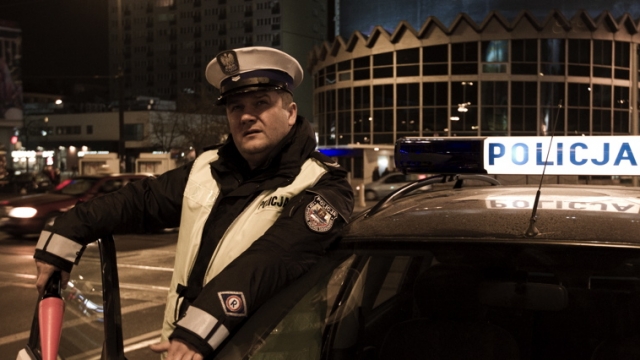 Drogówka (Traffic Department), a film directed by Wojciech Smarzowski and co-financed by the Polish Film Institute, will screen in Main Competition at the 35 th Moscow International Film Festival, which runs from June 20 through June 29, 2013.

Competition films are in the running for the festival’s grand prize – the Golden St. George Award for Best Film. Three Polish directors have received top laurels in Moscow to date: Andrzej Wajda in 1975 for Ziemia obiecana (The Promised Land), Krzysztof Kieślowski in 1979 for Amator (Camera Buff) and Krzysztof Zanussi in 2000 for Życie jako śmiertelna choroba przenoszona drogą płciową (Life as a Fatal Sexually-Transmitted Disease).

Previous editions of the Moscow IFF also brought awards for several films co-financed by the Polish Film Institute. In 2011, Urszula Grabowska received the Silver St. George Award for Best Actress for her performance in Joanna, directed by Feliks Falk. Joanna also won the Award of Russian Journalists and the Award of Russian Film Clubs. In 2010, Jan Kidawa-Błoński received the award for Best Director for his feature Różyczka (Little Rose), while Rewers (Reverse) by Borys Lankosz was voted Best Film in the ‘Perspectives’ section of the festival. In 2009, Mała Moskwa (Little Moscow) by Waldemar Krzystek received the Audience Award.

At the 2012 edition of the festival, Waldemar Krzystek’s 80 milionów (80 Million) screened in Main Competition. Along with Feliks Falk’s Joanna, the 2011 Moscow competition lineup featured another Polish film: W imieniu diabła (In the Name of the Devil) by Barbara Sass.

The Moscow International Film Festival is considered to be one of the world’s top film events. Since the last edition, the festival is run by Russian director and actor Nikita Mikhalkov. The complete lineup of the Main Competition will be announced in early June.

Further details about the festival are available at: www.moscowfilmfestival.ru.