"Wałęsa" in France and Belgium 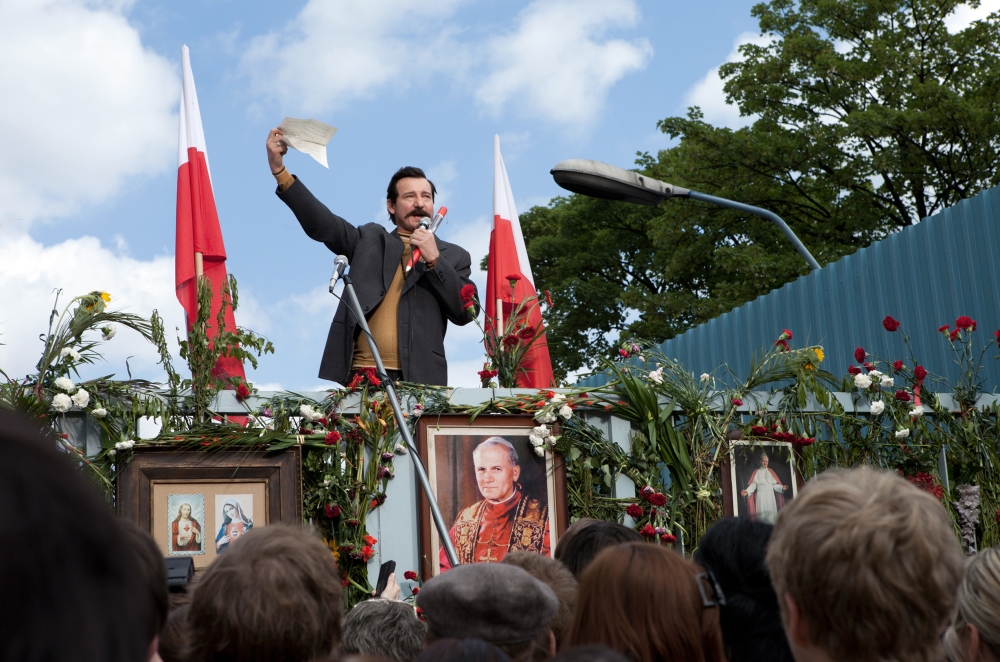 Wałęsa. Człowiek z nadziei (Wałęsa. Man of Hope), a film directed by Andrzej Wajda and co-financed by the Polish Film Institute, will be released theatrically in France and Belgium on November 19, 2014.

Wałęsa. Człowiek z nadziei (Wałęsa. Man of Hope) will released theatrically in France on November 19, 2014. Distribution in France is handled by Version Orginale and Condor.

The Latest Film by Andrzej Wajda

In Wałęsa. Człowiek z nadziei (Wałęsa. Man of Hope), Andrzej Wajda presents the history of the transformation that affected not only party meetings, demonstrations and Round Table discussions, but also life in small flat at a Gdańsk high-rise residential area. By looking at the family life of the union activist, Wajda attempts to capture the metamorphosis of a simple man focused on his everyday life into a charismatic leader. The story of transformation is also about his wife Danuta and their family – a family that was meant to lead a normal life, but was forced straight into the middle of life-changing events. It is the story of a husband, father and simple worker who liberated the dreams of freedom that lay dormant in the hearts of millions.

The film was written by Janusz Głowacki and lensed by Paweł Edelman. The lead roles were played by Robert Więckiewicz and Agnieszka Grochowska, with supporting performances by Maria Rosaria Omaggio, Zbigniew Zamachowski, Maciej Stuhr, Mirosław Baka, and Cezary Kosiński. Wałęsa. Man of Hope was produced by Akson Studio and co-produced by Telekomunikacja Polska S.A, Narodowe Centrum Kultury, Telewizja Polska S.A., and Canal+ Cyfrowy S.A. The film was also co-financed by the Polish Film Institute, sponsored by Grupa Energa and SAUR Neptun Gdańsk, and produced in partnership with the City of Gdańsk.

The world premiere of Wałęsa. Człowiek z nadziei (Wałęsa. Man of Hope) took place on September 5, 2013 at the 70th Venice International Film Festival, where Andrzej Wajda also received the 2013 Persol Award for legends of international cinema. The film was released theatrically in Poland on October 4, 2013. Distribution in Poland is handled by Vue Movie (formerly ITI Cinema). World sales are handled by Films Boutique.