Almost 150 full-length films and over 100 short films from 57 countries will be shown at the upcoming 25th Warsaw Film Festival, starting October 9th in Multikino Złote Tarasy, Kinoteka and Kultura cinemas.

This year the Warsaw Film Festival was recognized by the International Federation of Film Producers Associations (FIAPF) as a category one festival (competitive film festivals), joining the world’s twelve most prestigious events, including Cannes, Berlin, Venice and San Sebastian.

“This is the most beautiful present for our 25th anniversary” festival director Stefan Laudyn happily told journalists as he presented the festival programme at a press conference last Thursday.

Also present at the conference in Warsaw’s Kultura cinema were three directors, whose films will be screened at the festival. Among them was Borys Lankosz, whose Reverse recently won the Grand Prix at the Polish Film Festival in Gdynia and will now take part in the Competition 1-2 with other debut projects.

The other two directors were Wojciech Smarzowski, director of the acclaimed Dark House, screened in the international competition section, and Paweł Borowski, whose Zero will be screened as the festival’s closing film.

Another Polish feature in the international competition is Piggies by Robert Gliński. The Polish-German animation project Esterhazy by Izabela Plucińska will open the festival.

Two young Polish directors will be among this year’s jurors. Kasia Rosłaniec will be a member of the Competition 1-2 jury, while Katarzyna Klimkiewicz will take part in the jury for the short film competition section.

A key event of this year’s festival could be the screening of Welcome to Life!, the acclaimed film by Henryk Dederko about the secrets of the Amway corporation. This film had been shelved for twelve years, after Amway obtained a court ruling prohibiting its release.

“Mr. Jacek Gwizdała of Contra Studio has informed me that this year we will finally be able to show the film to our festival audience,” Laudyn was pleased to announce.

The International Competition. Feature films from around the globe will compete for the Grand Prix and 100,000 PLN. The jury will be presided by acclaimed film music composer Jan A.P. Kaczmarek. Other jury members include Anne Lai, Ulrich Felsberg, Christian Gaines and Albert Wiederspiel.

Competition 1-2. First and second feature films by directors from around the world. Jury members include Kasia Rosłaniec, Stephan Komandarev and Ilmar Raag.

The Documentary Competition. Full-length documentaries from around the world.

The two non-competition sections of the festival are Master’s Touch and Discoveries. In these sections the audience will be able to enjoy the latest works by masters of cinema, the biggest hits of the upcoming season and films representing the latest trends in world cinema. Films in these sections include the latest projects from Pavel Lungin, Steven Soderbergh, Sally Potter, Lukas Moodysson and Duncan Jones. 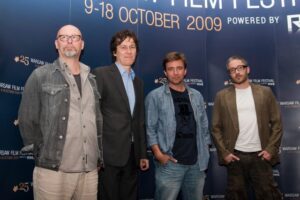 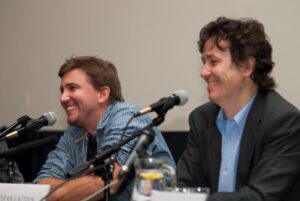 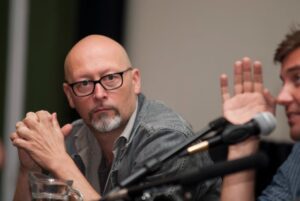 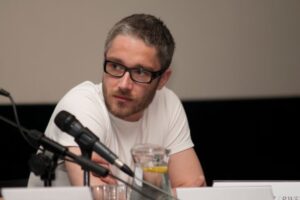 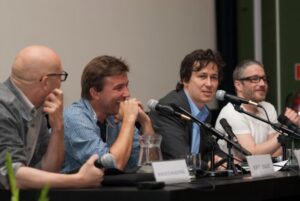 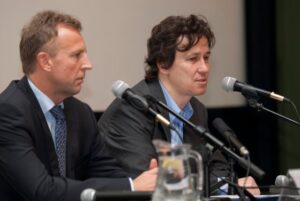